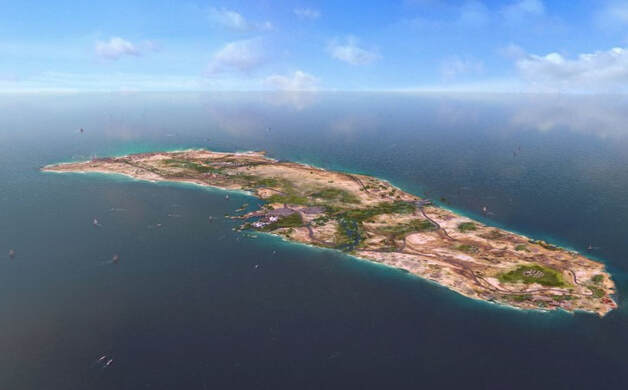 Retrieved from: https://www.livinq8.com/postdetails.php?post_cat=AROUND%20TOWN&post_id=66
​​Kuwait is a very small desert country with a hot and dry climate throughout most of the year. It has plenty of islands, a total of nine that varies in size. Failaka is the only island that is inhabited. Failaka Island is located on an area of ​​39 square kilometers, and it is one of the Kuwaiti islands that lies on the Arabian Gulf, and Failaka Island is 27 kilometers from the eastern side of Kuwait City. The interesting history of the island dates back to the Bronze Age, where it was the site of a center established by General Alexander the Great Narshos people in the village of Al-Zour, located on the northwestern coast (Hassan et al., 2020). This island is considered one of the most beautiful and famous Kuwaiti islands, and locals call it (Felja), and perhaps the most important thing that distinguishes it is that it combines ancient Kuwaiti history (the period of the first stone ages), And between modern Kuwaiti history (which started in the late seventeenth century).​ 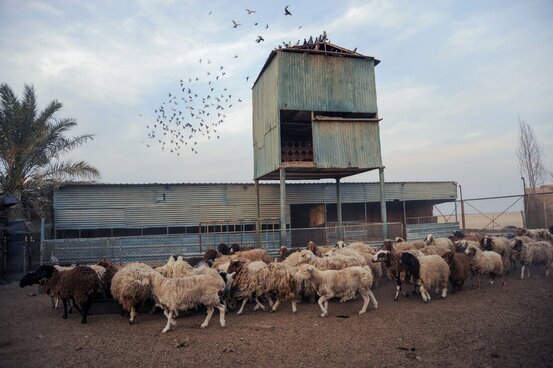 Failaka has plenty of natural pure resources of water that got collected from rains and underground water. The soy in this island is so rich, which helps in cultivating different types of corps, such as, beer, onion, cantaloupe, carrot, and lentils. Research by Al-Abbadi and El-Sheikh (2017) demonstrate that there is a total of 70 species of flowering plants (60% annuals and 40% perennials), belonging to 32 families, been collected from the islands and the island. Failaka island was also a home for wildlife and a variety of animals such deer, horses, cows, and migratory birds
The history of civilization on the island of Failaka goes back to the history of the Dilmun civilization, which was mentioned in the Epic of Gilgamesh, and contemporary to the Sumerian civilization in Iraq, that is, it was established in the fourth millennium BC. On its land there are still ruins, monuments and ancient monuments, to which the anthropologist and professor of archeology at Kuwait University, Hassan Ashkanani, and the Kuwaiti heritage researcher Saleh Al-Masbah, in a lecture entitled "Failaka Island 4000 Years Old, Monday, at the Contemporary Art Platform / Cap "in Kuwait. Among the effects of the island dating back to the Greek era is the "Saad and Said" area, which is located in the southwestern part, and includes the Greek temple, the Greek castle and the palace of the island's ruler at that age. Also discovered in Failaka the Icarus Stone, which was known through the writing that was written on it, that this island was known by that name in the era of Alexander. In addition to the bygone ruins, there is the Nestorian Church and the houses of monks between the seventh and ninth centuries AD, as well as ancient Islamic monuments, and other historical villages preserving their old names such as: Qaryat al-Matitah, Ruwaysiyah, Dasht, Al-Qusour and Umm Al-Dukhan. Regarding the name of the island and its roots, there are some who believe that the word is ancient Greek, taken from the word "Felix", meaning the happy island, and some have argued that the name Portuguese is taken from the word "Felsha" meaning fresh air, and there are those who said that it was called the White Island.
In the past around the seventy’s decade most citizens of Failaka were and still Kuwaiti people who took this island as their home. Local citizens of the Island refer to them as (Failchawiya), a term that comes from Failaka. Fishing and hand crafting are two of the main crafts that people on this island practice on a daily basis. Life there is verry simple, everybody knows each other, and they live as a united community. Some of the citizens on this island shipped their cattle such as camels, sheep, and cows through the sea transportations to this island and decided to reside there. People who live there practice an old way of living as their average daily routine, which depends more on physical activity and hardworking rather than using modern technology. Even the entertainment activities are old fashioned that modern generation do not know anything about it. One of these famous games were called Dama, which is very similar to the concept of chess but all the pieces are made from wood and they all in one shape and size. Around the mid nineteens, the prince Of Kuwait at that time Sheick Jaber Al-Subah has took Failaka citizens’ complains about lack of health resources, educational systems and food markets into consideration. After few weeks new fully functioned resources were established in the island and it become similar to a small country that people can live on it and do the daily life routines independently 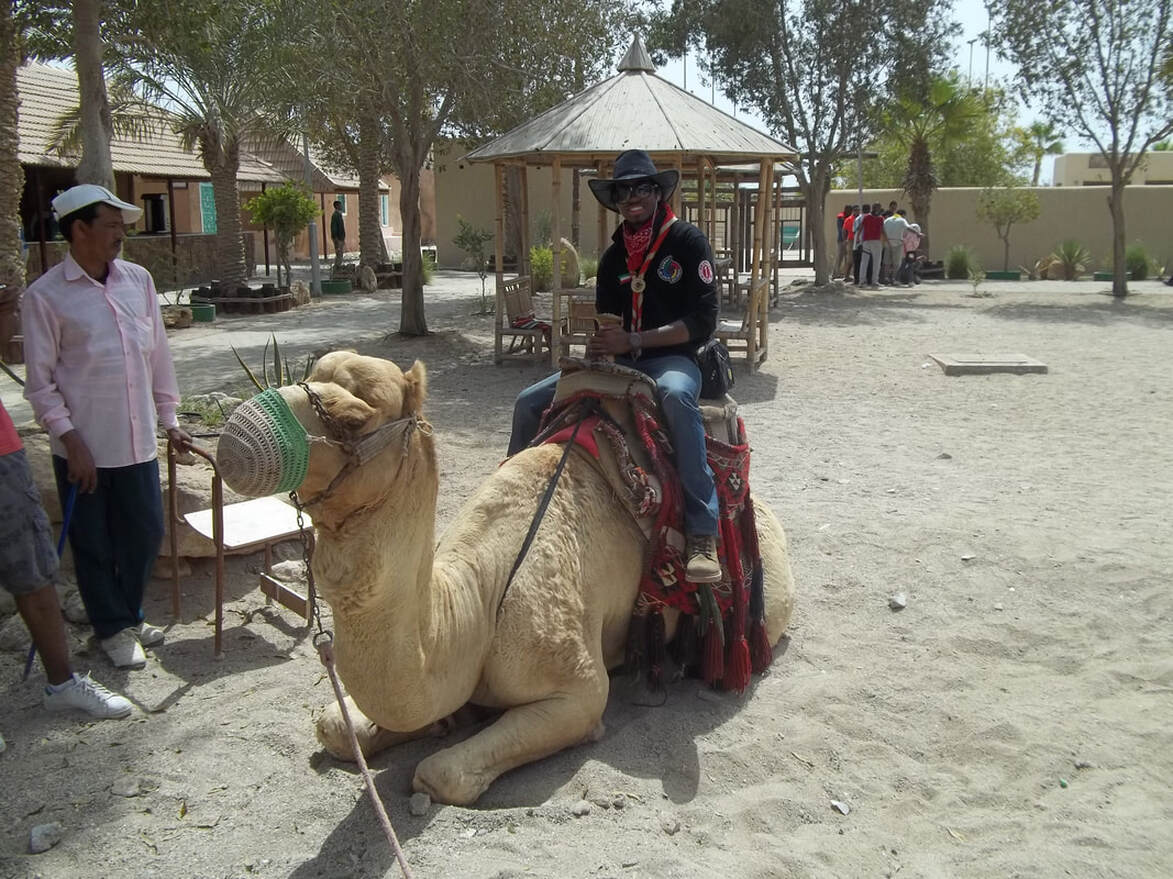 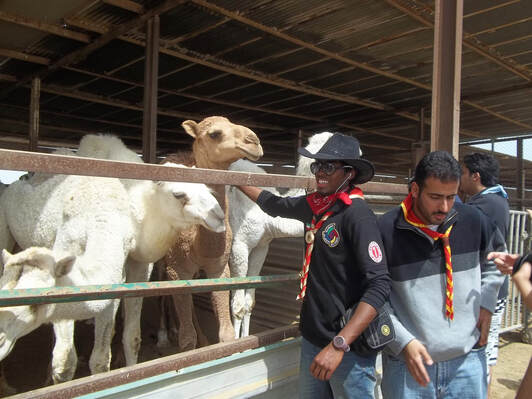 I remember my first time going to this island. The trip was arranged by the school’s boy scout activities department, so I went there with my classmates and the boy scout members. We paid around 15$ dollars to buy the ship transportation ticket. While we were getting closer to the island shore, you can see how clear and beautiful the sea water is, because it is far away from the regular shore of Kuwait that are little polluted by some trash and leftovers. However, as soon as we got to the island, I was excited to explore and enjoy this island. There was plenty of entertainment activities for visitors, such as, riding jet ski across the gulf waters, horse and camel ridings, a bus tour around the island, national and historical museums, and hotels. Not only this was the first island I came to but also, it was the first time to experience camel riding which was not that comfortable, but it was full of fun. While waking across the hotel areas, it got my attention the design details of the hotel. For example, the hotel was designed similar to the old fashioned and structure of the Kuwaiti houses in the past. IT was squared and small like a cabinet but with basic simple design. I loved the design because it reinforces the Kuwaiti past theme among the islands Beside the hotel, we passed by a small farm for one of the locals where he has few camels that he raises in this farm. We greet and talk then he brings a big jar of milk that is freshly milked from one of the camels and he started giving us cups to drink it as a way of showing generosity and hospitality.
​ 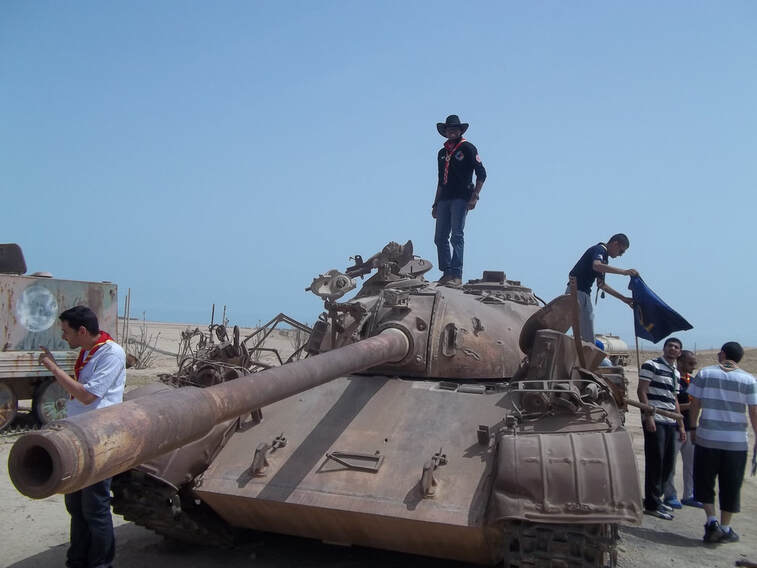 Continuing the tour around the island we came across one of the historical places that witnessed the tragic event of the Iraqi nefarious invasion of Kuwait. It was a big parking lot with bunch of Iraqi tanks, vehicles, and other transportations that were used during the war. This site caught me off guard because I could not expect to see an army tank on an island and that the Iraqi troops will come to the island at all.  At the end of the trip we passed by a national historical museum. This museum contained a variety collections of war equipment. For example, there were many types of small and big guns such as handgun, magnum, and machine guns. Alongside with ammunition, hand bombs and landmines.
This trip showed me the important role of this island in the economic field and the strong mixture it provides linking between entertainment, environment, and history. As mentioned above visitors can witness the beautiful wildlife and aqua life that is on and around the island. Also. People can enjoy the different entertainment activities and witness the tragic events and effects of the Iraqi invasion of Kuwait. 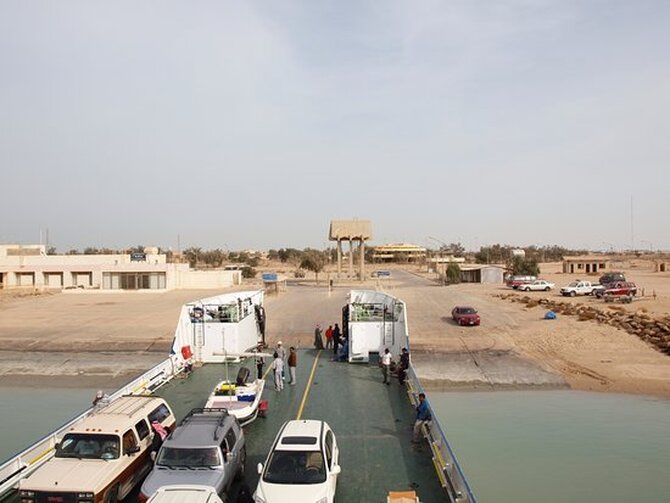 The second of August 1990 a date that no Kuwaiti can forget. A date that is passed with its complicated tragic events from one generation to another. It was a black day where Kuwait was stabbed from the back by one of it is neighbor countries: Iraq. The nefarious Iraqi invasion of Kuwait has created a lot of dramatic sad events, plenty of martyrs’ bodies, residential and public destruction as well as environmental catastrophes. Failka island was one of these beautiful environmental attractions that got ruined by the Iraqi occupation. When the Iraqi invasion of Kuwait took place, it was similar to a nightmare that was very hard to realize the fact that it is happening. For example, one of the survivors mentioned how he woke up on the island hearing some loud noise, when he looked from the window he saw Iraqi tank marching on the street and within few hours the whole island was surrounded by the Iraqi troops. The next morning people woke up terrified and surprised about what is happening.  There was also, a Kuwaiti army base on the island that did it best to resist the Iraqi armies and they were able to knock off some Iraqi helicopters with rocket launchers. The resistance got tense but eventually, the enemy was able to control the situation. They started searching and capturing any person on the island with a military background. Within a week they forced all the people that live on this island to leave to Kuwait. Stress, anger, and sadness were the dominant emotions on the people who were born and spent all their life on the island, and now they are forced and being humiliated to leave their home and child memories behind. Even though Kuwait is their country but Failaka was the land where they grew up and formed relationship with others who they call friends and family. They left their homes, vehicles furniture and everything they have. They did not have any option but to go to Kuwait and join their other family members in Kuwait.
The invasion has changed the fruitful life of the island. The Iraqi force destroyed most of the buildings there, such as, the schools, hospitals, entertainment places and public ventures. They transformed the island into a military base and an urgent response team for any potential attack from the allies’ forces (AlSarawi et al., 1996). It used to be full of life and a place of interactions with other citizens into a temporary staying place where people just come enjoy the aqua activities and then go back. After the war was over most residents of the island has abandoned their lands and houses. The Kuwaiti government has bought these houses from the original owners since life will not be the same as before. Now the whole land looks like an abandoned museum that people do not go to very often, even when they do it is just for few hours. However, there are still some very few people who still live there, and some people who had personal childhood memories go there every weekend. Remembering how beautiful there was before the nefarious Iraqi invasion.